Home Qui Nordafrica - Libya. Wearshefan leader tell the true about war against them and launches...

After the last days’ break, men from the Zintan Military Council led by Osama al-Juwaily would resume shipping to Wearshefana. A first offensive started on Wednesday night, causing the death of some children, but without great success. Al-Juwaili would also launched an attack with toxic gases against the Mahashia tribe. We have reached the head of the Supreme Council of the Wearshefana tribes, Al-Mabrouk Abu ‘Amid, with whom our newspaper is in touch to follow the evolution of the story. “Wearshefana has been exposed for four years for killing and kidnapping, since 2011 has suffered unjustified, immoral and unlawful crimes with the destruction and fire of 7500 homes. The real motivation of this war is to change the demographic structure of the population of strategic importance. These days we have been attacked on the pretext of a military campaign against some guerrillas suspected of criminality and terrorism, but the real reason is to control the fourth Brigade in Aziziyah, which belongs to the army. Also, we are under attack because of Gaddafi’s supporters, using the pretext of the presence of gangs responsible for abductions and barbarians” explained the head of the Supreme Council of Wearshefana. “The head of all this is the Presidential Council, which has commissioned Osama al-Juwaily with the western region. We are surprised that the arrest of criminals is carried out with rockets, heavy artillery, tanks and bombings on civilians, on women and children, refusing to cooperate with the security forces of Wearshefana” he continues. Then he calls for the West, especially for the United Nations: “We are surprised that in order to arrest the perpetrators supported by themselves, the region must be emptied of banks and institutions that provide education, health and services to the population. We are surprised – the failure to stop the real terrorist figures facing the Libyan courts and the International Criminal Tribunal for cases of kidnapping, struggle, fire and destruction of houses. We are surprised that this is happening in the silence of the United Nations International Security Council, which allows the killing of civilians, innocent children, siege and hunger in the city of Wearshefana“. Finally, Dr. Al-Mabrouk Abu Amid tells us: “We are looking for reconciliation, repair and compensation, but the militias who are controlling Tripoli and other areas are always against all the solutions and we know that the ultimate goal, after Wearshefana, is precisely the capital of Libya, to destroy it. We have set up a legal committee to drag the various cases in front the Libyan and international tribunals against al-Serraj, the Defense Minister, the Head of State, the Interior Minister and the Western Region Commander, Osama al-Juwaily. We will send you pictures of destroyed houses, children, dead men and women. We will show you the images of the devastation caused by the rockets. We call on human rights organizations and the media to do something to save half million people and provide aid, medicines and appropriate care for injuries“. This appeal must not go unnoticed, you can not think to don’t see anything, our daily is committed to continue to inform you about this issue. 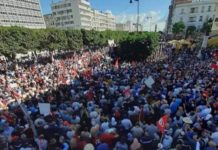 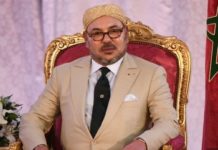 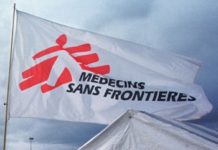