The East-African nation- Ethiopia, once an epitome of poverty and hunger, is quickly emerging as an African Tiger Economy. Its non-oil producing economy has registered a persistent double-digit growth over the past 12 years. Indeed, several economists, World Bank and international media outlets have extrapolated that Ethiopia will soon be one of the largest economies in the continent of Africa as long as the country manages to keep its impressive and fast economic growth for the years to come. To sustain this robust growth trajectory, the county embarked on the second five-year Growth and Transformation Plan (GTP II), which anticipates an 11 percent economic growth for the next five years. The ultimate aim of GTP II is to catapult Ethiopia in to a carbon neutral middle income manufacturing hub by 2025. During the first Growth and Transformation Plan period (2011-2015), Ethiopia had done well for its journey to the middle class income status. It achieved an average of 10.1 percent economic growth against the planned 11.2 percent. All of the economy’s main sectors performed well. Agriculture, industry and service on the average grew by 6.6, 20.2 and 10.8 percent per annum respectively. The economic growth realized during the planned period was characterized as sustainable, fast, broad based, and pro-poor. It has raised the real per capital income from USD 396 in 2011 to USD 691 in 2015. It enabled the country to meet several important Millennium Development Goals of the United Nations.
Poverty has reduced from 45.5 % to less than 23.4% in 2015. The Capital city Addis Abeba on reconstruction Ethiopia’s economic revival is primarily the result of a set of policies designed to attain results on several fronts, from infrastructure to education, from energy to urban development, from health to agricultural productivity. All these areas have seen significant developments, translating into all-embracing transformation. Public and private investment was one of the main drivers of Ethiopian economic growth. Recent promising trends in economic growth and relative stability in the region, coupled with the expansion of middle class and market fuelled by fast growing population has created a surge of interest in trade and opportunity for investment. In addition, a relative lack of corruption, cheap labour costs, fiscal incentives, and lack of security risk render Ethiopia an attractive market for foreign investors and multinational companies. Ethiopia’s location at the cross-road of Africa, the Middle East and Asia also makes the country uniquely suited for export oriented investment. Therefore, Ethiopia draws substantial international investment particularly from the United State of America, Europe, China, India, and Turkey in agriculture, infrastructure, manufacturing and energy sectors. General Electrics and Dow Chemicals from the United States, Diageo and Unilever from the UK, Salini Impregilo from Italy, Huajian Group and Gorge shoes from China, Hiroki from Japan are some of largest and internationally renowned companies operating in Ethiopia. As labour costs uniformly rising across Asia, Ethiopia has now become a competitive location for sourcing garments, attracting the attention of some of the world’s leading brands like Hennes and Mauritz (H&M), Tesco and Calzedonia. Beside to domestic endeavors, Ethiopia also actively engages with sub- regional, regional and global structures to bring about socio-economic development as well as peace, security and political stability through different multilateral arrangements. Within the sub-regional mechanism, the Inter-Governmental Authority on Development (IGAD), Ethiopia continues to play an active role to bring peace and stability in Somalia, Sudan and South Sudan. The intra-South Sudanese conflict mediation process, led by Ethiopia as Chair of IGAD, and the involvement in the AMISOM peace support operation in Somalia, clearly demonstrate the commitment of the Government of Ethiopia to regional peace and security. Since the establishment of the UN, Ethiopia has successfully participated in more than ten peacekeeping missions at continental and global levels. Currently, Ethiopia is the second largest provider of peacekeeping forces in the world. Its involvement in United Nations peacekeeping operations arises from its strong belief and commitment to collective security and the Charter of the United Nations. To conclude, today’s Ethiopia is a vibrant African nation of diversity, culture, energy, movement, and opportunity. Its economic growth is likely to continue on positive trajectory and will achieve its middle class status by 2025. 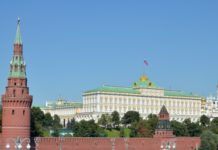 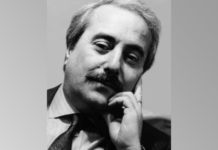 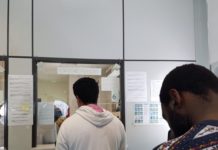