Home Il Punto How deputies in Eastern European countries are being stolen to strengthen Russia’s...

In the Republic of Moldova, a small country in Eastern Europe, which is now the regional leader in the spread of the COVID-19 virus, the political situation is heating up. The pro-Russian government in this country, controlled by the Party of Socialists of the Republic of Moldova (PSRM), has recently lost several deputies, who have chosen to join other parties in the country’s parliament. The phenomenon takes place against the background of pandemic crises and an economic decline. However, the situation escalated when a deputy, who would have assured the opposition a parliamentary majority, left the coalition. The government in Chisinau, close to the Kremlin and Putin, resorted to the kidnapping of this deputy.

The rift.
On the last day of June, the Socialist MP from Chisinau Parliament, Stefan Gațcan, a doctor by profession, announced that he is leaving the governing coalition, being dissatisfied with the way the authorities manage the pandemic crisis. Immediately, his former socialist colleagues tried to force him to resign. The police subordinated to the government stopped the deputy on the street, and two former colleagues of his socialists, leading deputies from PSRM, got into his car to convince him to resign from the position of deputy. Later, they tried to intimidate him, organizing protests in front of a clinic founded by Gațcan, but also in front of his house. The Moldovan media wrote that the doctor’s relatives were also threatened.
The pro-Russian forces in Chisinau reacted nervously to the announcement of Gațcan’s withdrawal from the PSRM faction because they lost the parliamentary majority recently, and after Gațcan’s withdrawal they were left with only 49 seats in Parliament. The opposition had the chance to form a new majority, so Russia did not admit this situation.
Next morning, the doctor filed a complaint with the General Prosecutor’s Office in which he noted that he was blackmailed and threatened to resign as a deputy. The deputy also wrote that he worries about the safety of his relatives.

Seized and held hostage.
Shortly afterwards, news began to appear that the doctor was being held hostage in the Parliament building by PSRM deputies. There was even a picture of Gațcan being intimidated in an office with socialist parliamentarians. It was announced that Gațcan resigned. The respective news was intensely circulated by the press controlled by PSRM. Members of the parliamentary opposition reacted immediately. They blocked the doors of the Parliament, and later went to the Presidency, where the deputy was allegedly taken in secret. The presidency of the Republic of Moldova is the residence of President Igor Dodon, a populist politician who is criticized for always falling in favor of Vladimir Putin.

Taken over the car hood.
In front of the Presidency the situation has reached the point when an opposition deputy, who blocked one of the gates, was taken on the hood of a car coming out of the courtyard of the presidential institution.
About six hours had passed and no one knew anything about the deputy. Not even his family. Towards evening, on the Facebook page of Ștefan Gațcan’s election campaign, administered by PSRM, a short video was published, on the edge of a vineyard, in which the deputy says in a changed voice that he is OK, no one seized him and that he doesn’t want to communicate with anyone yet. Observers noted that this message appeared on a page managed by PSRM and Gațcan’s personal one. About the same time, the pro-Russian authorities in Chisinau, the capital of the Republic of Moldova, announced that the Socialist deputies had asked the State Protection and Guard Service of the Republic of Moldova to provide security for Dr. Stefan Gaţcan, on the pretext that he was threatened by PRO MOLDOVA, an opposition party that Gațcan had joined a day earlier.

The opposition condemns.
The seizure of Stefan Gațcan by pro-Russian socialist deputies has been condemned in harsh terms by the main leaders of opposition parties in Moldova.
Among other things, the vice-president of the DA Platform, the deputy Igor Munteanu, declared that the incident in the Parliament is “phantasmagoric”, related to the Criminal Code and suggested that behind this action would be President Dodon, “who probably wants to be a little like Erdogan “.
Maia Sandu, the leader of the influential pro-European Action and Solidarity Party (PAS), said that what happened to Ștefan Gațcan is a serious phenomenon. “Firstly, they make Gațcan deputy of Hâncești, glorify him, then divide him among them and sell him to whom gives more, then curse him, then threaten him and blackmail him , then lock him in the cellars to get what they want “, Sandu wrote on Facebook.

Dodon crosses the red lines for the sake of Russia.
This suspicious history has attracted the attention of diplomats, NGOs and activists in Chisinau. Several voices in this country say that the pro-Russian government will cross all red lines to keep power in Chisinau in Russia’s interest. And the case of doctor Gațcan shows how far President Igor Dodon, who de facto controls the power in Chisinau, can go. Especially since presidential elections are planned in this country in November, and Igor Dodon will run, more than likely, for a second term. The Kremlin will do everything possible to push its favorite for the presidency, even if it is increasingly hated by its own citizens.
The political situation remains uncertain for the time being, but more and more voices are calling for the establishment of the dictatorship in the Republic of Moldova, the poorest country in Europe. Also, more and more people demand the coagulation of opposition forces, quite heterogeneous, with different political visions, past and doctrines, but which seem, at the moment, to have only one goal – reducing the influence of Igor Dodon and the administrative resources he could benefit from the autumn election campaign, given that it currently controls both the Government and the Parliament’s leadership, as well as all state institutions, including the police, the army, the security service and the prosecutor’s office. 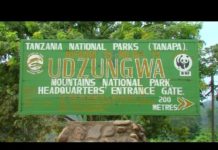 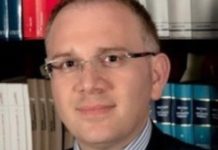 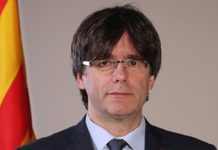